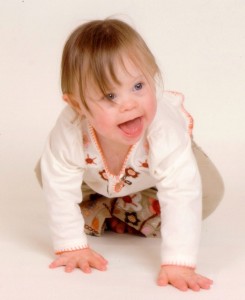 Down’s syndrome (often also called Down syndrome) is a genetic condition – people with DS have three copies of chromosome 21. Around 775 babies who have DS are born every year in England and Wales – that’s about the rate of one in 1,000 babies.

Down’s syndrome causes some level of learning disability, and people with DS often share characteristic physical features. The condition is named after John Langdon Down, the British physician who first identified the common characteristics of the syndrome.

This video is a fantastic explanation – grab a cuppa and enjoy!

Some facts about DS